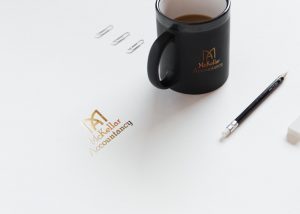 In this month’s eNews we report on the short Finance Act which has been rushed through Parliament in advance of the General Election. We also include details of changes to the off payroll working rules that exclude some businesses from being unintentionally caught by the provisions. We also consider changes to the timing of issuing PAYE coding notices and the P11D deadline together with the launch of the latest National Savings and Investment Bond.

With the announcement of a snap General Election on 8 June the time available for scrutinising proposed legislation was short so the Finance Act was rushed through Parliament. Many clauses have not made it to the final legislation due to time constraints. These include the provisions to enable Making Tax Digital, changes for Non Domiciled individuals and corporate losses.

The clauses are likely to be reinstated after the General Election, when, hopefully, there will be more time to debate the measures in greater detail. The clauses that will make it through to the Finance Act are contained in the version of the Finance Bill introduced into the House of Lords.

‘Making Tax Digital plans remain controversial and need more scrutiny by those who will be affected, and most importantly proper parliamentary debate – a clear roadmap as to how MTD will work in practice is needed.’

‘MTD is not coming into effect until April 2018, and the announcement of the general election on 8 June 2017 provided an opportunity to withdraw these clauses and schedule from the Finance Bill which will be debated today and likely to be enacted on 27 April.’

‘These seminal clauses and schedule can be reintroduced after the election which will allow more time for proper scrutiny.’

In response to the announcement of a General Election on 8 June Carolyn Fairbairn, CBI Director-General, said:

‘With a snap General Election now called, businesses will be looking to each political party to set out their plans to support economic stability and prosperity over the next Parliament in a way that is fair and sustainable for communities across the UK. ‘Distraction from the urgent priorities of seeking the best EU deal and improving UK productivity must be kept to a minimum.’

‘Firms will want to hear commitments from all parties to work in close partnership with business and back a new Industrial Strategy to make the UK economy the most competitive in the world by 2030.’

‘It is essential to get the UK’s foundations right, from building a skills base for the next generation, to investing in infrastructure, energy and delivering a pro-enterprise tax environment.’

‘As EU negotiations now get underway, firms are clear about the serious risks of failing to secure a deal and falling into World Trade Organisation rules. It is vital that negotiators secure some early wins and all parties should commit to working to ensure businesses can continue to trade easily with our EU neighbours, while seeking new opportunities around the world.’

‘Whoever forms the next Government, they should seek to build a partnership between business and government that is the best in the world, based on trust and shared interest.’

Off payroll working in the public sector rules amended

From 6 April 2017, new tax rules were introduced which potentially affect individuals who provide their personal services via their own companies (PSCs) to an organisation which has been classified as a ‘public authority’. Amendments have now been made to the definition of a public authority.

Where these rules apply:

The rules were intended to cover those engaged by public sector organisations including government departments and their executive agencies, many companies owned or controlled by the public sector, universities, local authorities, parish councils and the National Health Service.

However, prior to this amendment, private sector retail businesses including high street pharmacies and opticians would have inadvertently been within the scope of the off payroll working in the public sector measure. As a result, such businesses would have been required to consider whether the new rules applied to all contractors working for them through an intermediary. This was not the intention of this policy and the rules have been amended.

The forms P11D which report details of benefits and some expenses provided to employees and directors for the year ended 5 April 2017, are due for submission to HMRC by 6 July 2017. The process of gathering the necessary information can take some time, so it is important that this process is not left to the last minute.

Employees pay tax on benefits provided as shown on the P11D, generally via a PAYE coding notice adjustment or through the self assessment system. Significant changes were introduced to the rules for reporting expenses from 6 April 2016.

In addition, regardless of whether the benefits are being reported via P11D or payrolled the employer has to pay Class 1A National Insurance Contributions at 13.8% on the provision of most benefits. The calculation of this liability is detailed on the P11D(b) form. The deadline for payment of the Class 1A NIC is 19th July (or 22nd for cleared electronic payment). As 22nd July is a Saturday it may be appropriate to ensure cleared payment is made by Friday 21st July unless you can arrange for faster payment.

HMRC produce an expenses and benefits toolkit. The toolkit consists of a checklist which may be used by advisers or employers to check they are completing the forms correctly.

If you would like any help with the completion of the forms or the calculation of the associated Class 1A NIC please get in touch.

HMRC have issued details of the updated VAT fuel scale charges which apply from the beginning of the next prescribed VAT accounting period starting on or after 1 May 2017.

VAT registered businesses use the fuel scale charges to account for VAT on private use of road fuel purchased by the business.

Please do get in touch for further advice on this or other VAT matters.

National Savings and Investments (NS&I) has recently launched a government-backed Investment Bond. The main details of the Bond are as follows:

According to Moneyfacts, the NS&I offering is a market leader on the interest rate with similar three-year fixed term bonds having an average interest rate of 1.24%. Competitors’ minimum investment thresholds are generally higher, typically starting upwards from £1,000 and caps on the maximum capital invested are significantly higher than the NS&I limit of £3,000.

HMRC have announced that from the end of May 2017 they will be using Real Time Information (RTI) to make adjustments to employee tax codes in-year as and when the need arises.

HMRC states that this change in procedures will:

Details of the change in procedures can be found in the HMRC Policy Paper briefing ‘Changes to our PAYE Tax System – helping customers pay the right amount of tax on time’. Further information about the changes can be found on page 4 of the Employer Bulletin April 2017 (Issue 65).

The Policy Paper confirms that individuals will be issued with a new tax code if their circumstances change. This brings about a marked change from the current system which deals with adjustments after the tax year end and codes any underpayment out via a coding notice adjustment in a subsequent tax year.

Affected employees should shortly be in receipt of tax code notices explaining the changes to the system and what they can do if they need help and support to manage their taxes.

Under the new procedures, once HMRC are aware that an employee’s circumstances have changed, they will amend the individual’s tax code and follow it up with a notification of the amendment to the employee. A copy notification will also be sent to the employer. It is important for employers and employees to ensure that HMRC are made aware of any changes in an individual’s circumstances as soon as possible.

Employers are advised to expect, from 1 June onwards, some employee enquiries relating to tax code changes. In the longer term, HMRC envisages reduced contact from employees regarding under or overpayments of tax.