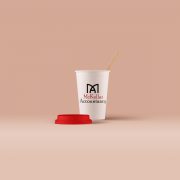 In this month’s eNews we report on Budget announcements and the introduction of new taxes in Wales and Scotland of Land Transaction Tax and Air Departure Tax. We also consider HMRC’s new method of Simple Assessment for certain taxpayers, the Criminal Finances Act, proposals for Help to Save Accounts and new guidance for employers.

With the Chancellor’s first Autumn Budget due to be presented on 22 November, professional bodies and business groups are setting out their Budget wishlists. Recommendations include changes to Business Rates, a ‘Brexit ready’ Budget, incentives for business and an appeal for changes to the Apprenticeship Levy. The ICAEW is urging that the government give sufficient attention to Making Tax Digital to ensure a successful roll out and making the necessary changes to accommodate Brexit.

Meanwhile, the Federation of Small Businesses (FSB) has urged Philip Hammond to deliver a ‘Brexit-ready’ Budget, which rules out any new business tax increases and maintains investment incentives.

We will update you on pertinent announcements.

HMRC have changed the way in which they will assess some taxpayers removing the need for these individuals to complete a Self Assessment Tax Return. These changes took effect from September 2017.

The affected taxpayers fall into one of two categories:

HMRC have also confirmed that all existing state pensioners who complete a tax return because their state pension is more than their personal allowance will be removed from self assessment in 2017/18. This may mean that some clients are dropped out of self assessment and issued an assessment instead based on the information which HMRC hold. Of course, whether the assessment is actually correct will be a different matter.

‘HMRC will write to customers from September 2017 with a tax calculation. This could be a P800 or a Simple Assessment letter (PA302).

The letter will show their:

Customers just need to check the information is correct, and if it is they can pay their bill online or by cheque by the deadline in the letter.

If a customer thinks any information is incorrect they have 60 days to contact HMRC. For instance, if they think amounts used are wrong or HMRC didn’t act on information received.

Should customers miss the deadline they should contact HMRC to discuss their circumstances or financial penalties will be applied in line with current policy.

If customers are not happy with the follow-up response from HMRC, they have 30 days to appeal against the decision.’

If you would like help with your personal tax affairs please get in touch.

The Welsh Assembly has announced the proposed rates and bands for land transaction tax (LTT) which is to be introduced for land and property in Wales on 1 April 2018, replacing Stamp Duty Land Tax.

Under the new rates for LTT, Wales will have the highest starting threshold for the property tax in the UK. The proposed rates are as follows:

The devolution of tax powers provides us with the opportunity to reshape and make changes to improve existing taxes to better meet Wales’ needs and priorities. I have always been clear that we will use these powers to help improve fairness and support jobs and economic growth in Wales.

These new progressive rates and bands for land transaction tax and landfill disposals tax will make a real difference to people’s lives; help change behaviours and deliver improvements to communities across Wales. We are being bold but balanced and leading the way in creating a fair and progressive tax system.’

Currently taxpayers who are resident in Scotland pay income tax on their non-savings and non-dividend income at rates and thresholds determined by the Scottish Government. Scottish higher and additional rate taxpayers may pay more income tax than those with similar income in the rest of the UK. The Scottish Parliament is considering plans to radically revise the bands and possibly to introduce some further income tax rates so that middle and higher earners pay additional tax.

The Scottish Parliament are also expected to announce the details of Air Departure Tax which takes effect for flights from Scotland from April 2018.

We will keep you up to date with pertinent announcements.

The Criminal Finances Act 2017 took effect on 30 September 2017. It makes companies and partnerships, a ‘relevant body’, criminally liable if they fail to prevent the facilitation of tax evasion being carried out by an employee, anyone acting on their behalf or someone acting as an agent. If found guilty, the business could face unlimited fines and potentially further consequential sanctions within their industry or profession.

This Act has the effect of creating an offence at corporate and partnership level which does not require the directors/partners to have had any knowledge of the offence in question. Broadly, the offence is the failure to prevent the crimes of those who act for or on behalf of the corporate body or partnership instead of the need to attribute criminal acts to that body.

For a firm to be criminally liable under the new Act, there are three elements of the offence:

A defence is available when it can be shown that ‘reasonable prevention procedures’ were in place to prevent the associated person from committing or facilitating the crime; or that it would have been unreasonable or disproportionate to expect such procedures to be in place.

The government advises that any reasonable prevention procedures should be based on six guiding principles:

Please contact us if you require further information on this issue.

Help to Save Accounts

The government have announced details of a new Help to Save saving scheme. The scheme is government backed and designed to support working people on low incomes build up their savings.

The scheme, administered by HMRC, will be open to working people who receive Working Tax Credits, and those who receive Universal Credit with a household income equivalent to at least 16 hours a week at the national living wage (currently £120 a week).

Over a four year period, savers can deposit up to £50 per month.

At the end of two years, savers will get a 50% bonus based on the highest balance achieved. Savers can then carry on saving for another two years and get another 50% bonus on their additional savings.

Money paid into the account can be withdrawn at any time but will affect the final bonus payment.

The government has confirmed that all transactions, including checking the balance and paying in savings, will be managed in an online account available through GOV.UK and that further information will be available from early 2018.

Internet link: GOV.UK help to save

HMRC have issued the October 2017 Employer Bulletin which contains a number of articles relevant to employers on payroll related issues.

HMRC are advising that following the changes to the valuation of benefits in kind (BiK) where there is a cash option available, they will consult and then issue the necessary amendments to the PAYE Regulations. The guidance will also clarify the taxable amounts that need to be reported under Optional Remuneration and salary sacrifice arrangements.

Where a BiK is taken rather than the alternative cash option, the taxable value of the benefit is the higher of the cash foregone or the taxable value under the normal BiK rules. Transitional provisions apply for arrangements entered into before 6 April 2017.

The Bulletin also includes articles on:

For help with payroll matters please get in touch.